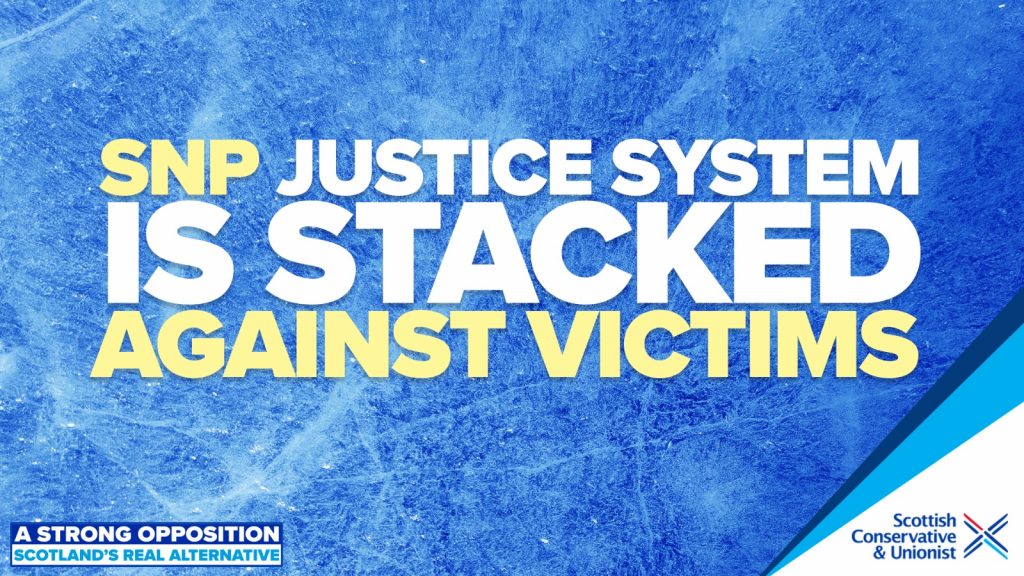 On International Violence Against Women’s Day, the Scottish Conservative Leader raised numerous cases of horrific crimes against women in Scotland.

Douglas Ross said “victims are routinely left in the dark” and highlighted broken promises to victim’s families, including the family of Michelle Stewart, who was tragically murdered in 2008.

He cited a Freedom of Information response showing that just 37 victims have been informed of their offender’s release date out of around 4,500 criminals serving short sentences.

The First Minister committed to writing to Douglas Ross with the answers she couldn’t provide about Michelle’s Law and promises to the Stewart family.

“Tragically more and more women in Scotland become victims of crime each year.

“It is the first task of government to keep the public safe – and the SNP Government is failing on that front.

“The broken promises to victims of crime are mounting.

“The Stewart family have asked for updates on the progress of Michelle’s Law because the SNP have dragged their heels instead of acting.

“The First Minister dodged answering if a key promise to the Stewart family over the tagging and GPS monitoring of serious and violent criminals would be met.

“The SNP routinely leave victims in the dark about where criminals end up and when they will be let out.

“How can women who suffer from the most horrific crimes – and their families – feel safe when they’re kept in the dark about the release of dangerous offenders?

“They have no idea if they’ll be walking down the street in their own community and come face to face with their attacker.

“The SNP’s soft-touch justice system is stacked against victims. It must change now to prevent a repeat of what happened to Caroline Glachan, Esther Brown, Michelle Stewart and thousands of other victims across Scotland.”