Sturgeon puts Scotland’s priorities on back burner for indyref2 push 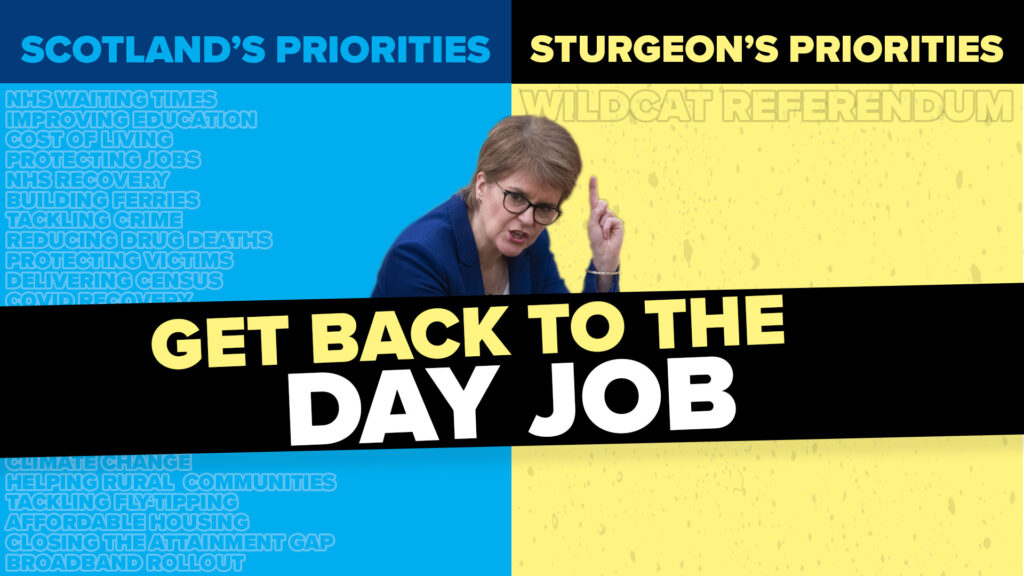 Douglas Ross has hit out at Nicola Sturgeon for putting the country’s top priorities on the back burner in her self-serving push to hold a second divisive referendum in October next year.
Nicola Sturgeon published her Indyref2 bill following a statement to parliament, and set out the SNP’s proposed date, 19 October 2023, for a potentially illegal referendum.
The Scottish Conservatives said she is turning Holyrood into a “Do-Nothing Parliament” that neglects the people of Scotland’s real priorities by obsessing over another referendum. 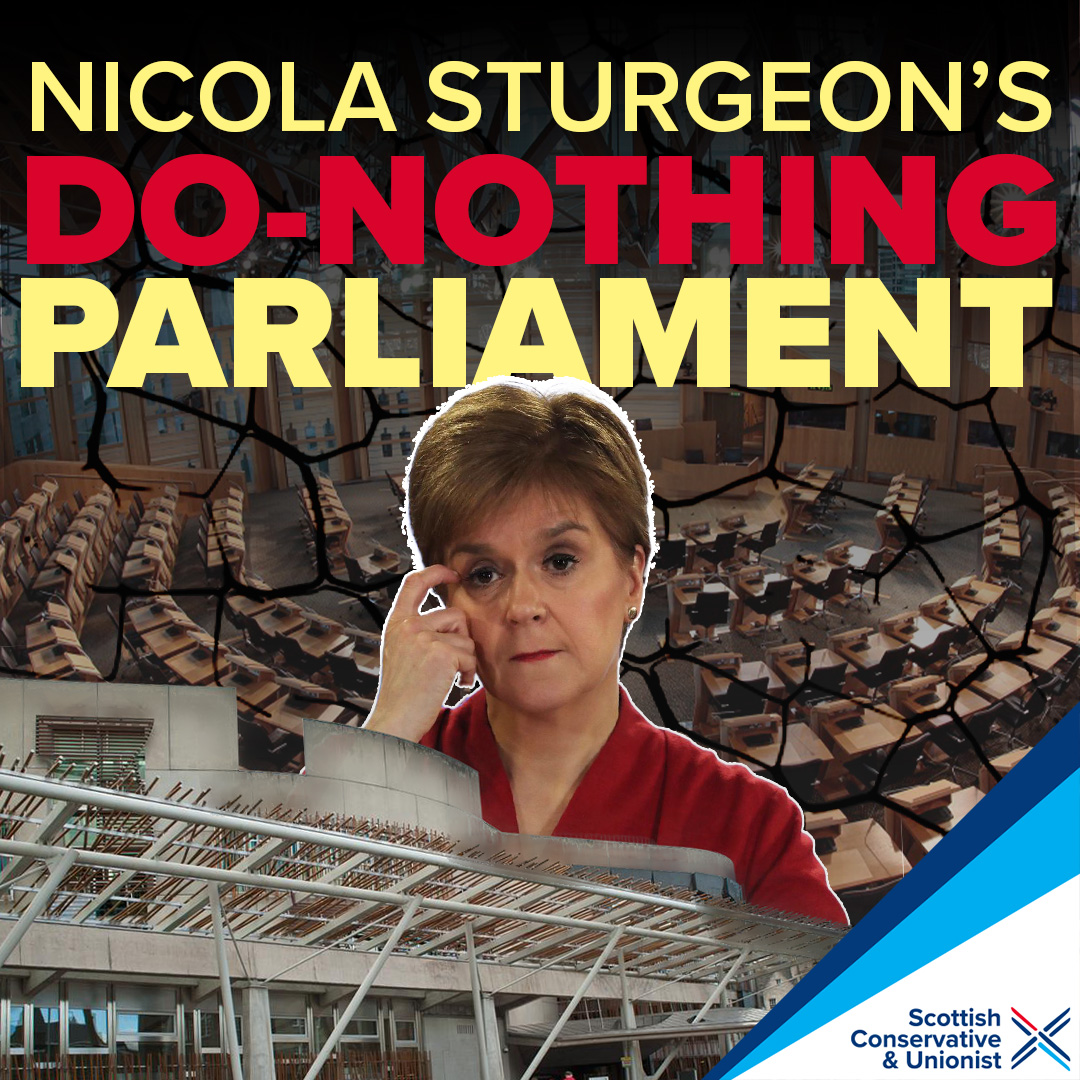 Douglas Ross said that the SNP’s focus on another referendum was coming at the expense of key, pressing issues, including the cost-of-living crisis, schools, drug deaths, and ferries.
He insisted Nicola Sturgeon is once again putting the SNP’s plans to divide Scotland front and centre, over and above the huge challenges facing the country.
The Scottish Conservatives said that Nicola Sturgeon was railroading Holyrood into talking about the SNP’s obsession, and said that they will not take part in a “pretend poll when there’s real work to be done.”

“Nicola Sturgeon is at it again. Her eye is off the ball once more.
“The real priorities of people across Scotland are on the back burner. Instead, the First Minister is putting her plans to divide Scotland front and centre.
“Nicola Sturgeon has shown again today that the SNP’s selfish obsession with another divisive referendum is always their top priority. She will use government time and resources to further her plan to break up the country, just when we need to be pulling together and working as one.
“All our focus should be on tackling the huge challenges we face right now – helping families with their bills, supporting frontline services and creating good jobs.
“A potentially illegal referendum next year is the wrong priority for Scotland. It will distract attention away from our recovery. It will damage efforts to rebuild our country after Covid. It is the last thing a clear majority of Scottish people want.
“The First Minister speaks of fear – but what concerns us all is the price Scotland pays for her continued obsession with another referendum.
“So we won’t play Nicola Sturgeon’s games. We won’t take part in a pretend poll when there’s real work to be done. Real work on the global cost-of-living crisis. Real work to invest in public services. Real work to rebuild our economy.
“Those are our priorities – and they’re the real priorities of people across Scotland as well. But instead of focusing on the right priorities, Nicola Sturgeon is railroading this Parliament into talking about the SNP’s obsession.
“On the First Minister’s watch, this is becoming a Do-Nothing Parliament.
“Nicola Sturgeon will make time for an Indyref2 Bill but what is she doing for the country’s top priorities? Nothing. Education – no Bills. Drug deaths – no ideas. Ferries – none that float.
“This is becoming a Parliament that doesn’t get anything done on people’s real priorities. A Parliament that only exists to further the SNP’s interests. A Do-Nothing Parliament with a First Minister that neglects people’s priorities because she is obsessed with another referendum at all costs.
“Why should the people of Scotland’s real priorities be put on the back burner for another attempt to hold a divisive referendum?”