SNP must deliver on commitment to upgrade Scotland’s roads 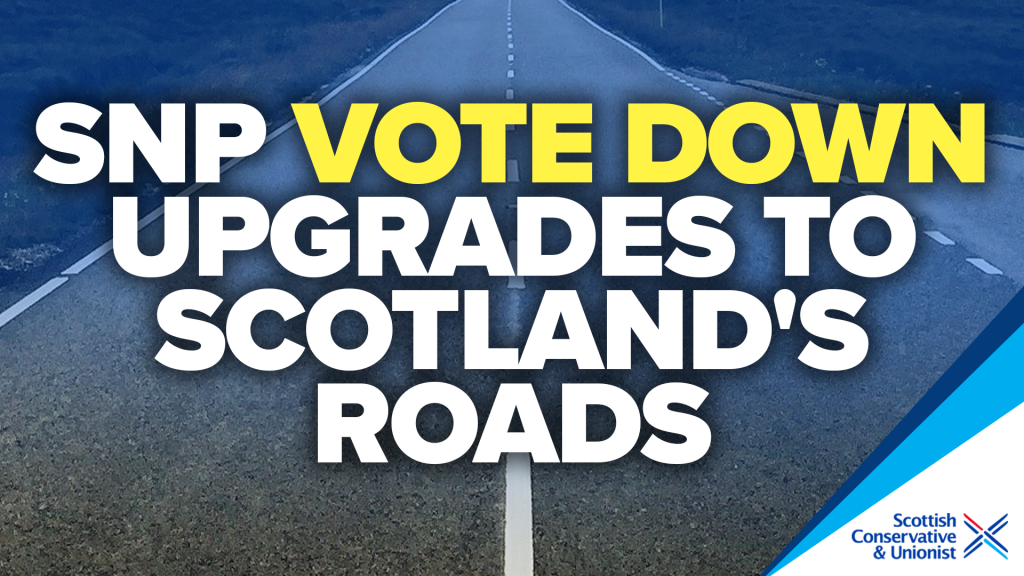 Despite pressure from the Scottish Conservatives in a party business debate yesterday, the SNP voted down delivering on their commitment to upgrade critical road infrastructure.

The Scottish Conservatives demanded the SNP stop dragging their feet and make good on their promise to upgrade major roads across Scotland – including the A75 and A77 in the South-West of Scotland, the A83 Rest and Be Thankful, and for them to work with the UK Government to fully dual the A1.

As well as these crucial improvements, the Scottish Conservatives challenged the SNP on their flailing commitment to dualling the A9 and A96, which has been promised in their manifesto since 2011.  Siding with their Green coalition partners, the SNP are intent on punishing car drivers instead of putting Scotland’s best interests first.

The SNP chose to hide behind their so-called environmental assessment rather than listen to the concerns of Scottish people who are crying out for safer, better roads.

Yesterday, we challenged the SNP to deliver on their promise to upgrade major roads across Scotland – they sided with their extremist Green partners instead 👇 pic.twitter.com/WCuE3mmjtY

This SNP Government’s short-sightedness will result in parts of Scotland missing out on vital investment, with businesses choosing to base themselves closer to the better-connected Central Belt.

The SNP’s blind ambition to wage war on drivers, spurred on by their Green partners, showed little concern for the public.  These roads are used extensively by emergency services – how can an ambulance reach an incident or a hospital quickly when roads have been left to deteriorate?

These are arterial routes for haulage and freight – essential for transporting goods across the whole of Scotland, but especially in rural areas.   If we want to encourage public transport, then buses and coaches need the infrastructure there to make it an attractive option for people.

The SNP argued these journeys should be made by rail, but the connectivity just isn’t there, and neither is the SNP’s ambition.

SNP Ministers need to deliver on their commitment to upgrading these critical pieces of road infrastructure, which they have been pledging for over a decade.