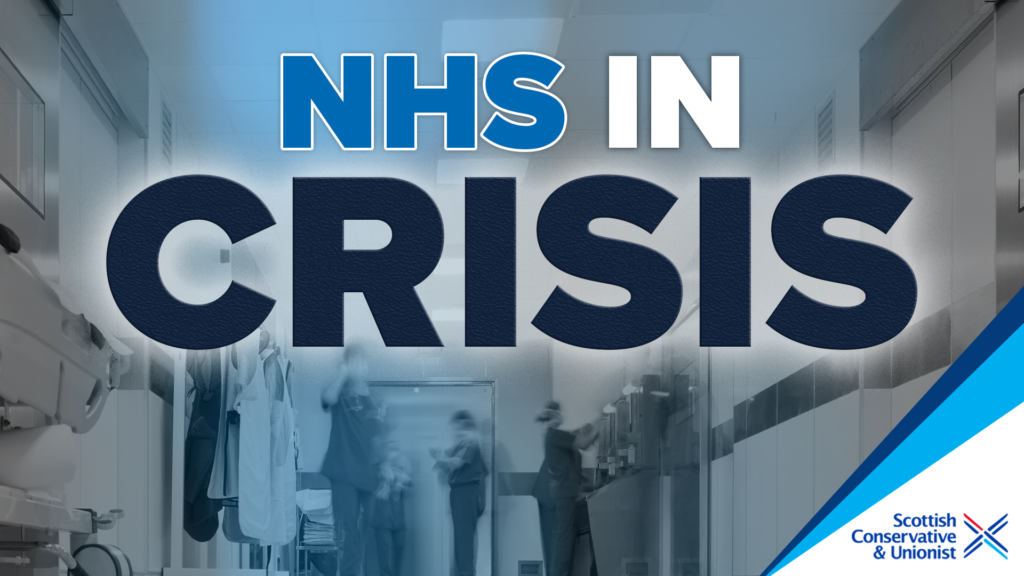 The SNP are leaving Scotland’s NHS waiting on cash when services are in crisis and frontline staff are at breaking point.

The Scottish Conservative Leader quoted Pat Rafferty, Secretary of Unite Scotland, who said today that “the workers at the Scottish Ambulance Service are sending out their own 999 call to the Scottish Government saying that they are undervalued, stressed and exhausted.”

A survey has found that more than half of ambulance staff have seen patients die or become seriously ill because of long waiting times.

This week, 55-year-old Richard Brown lost his life after waiting five hours for an ambulance.

Why is the SNP Government allowing this to happen in Scotland today? pic.twitter.com/p0mfLqqUJ3

“Nurses, doctors, medical students, paramedics – everyone in our NHS is desperately trying to save lives. But they don’t have the resources they need.

“Scotland’s NHS is crying out for help. It cannot be left waiting while it’s in crisis. Frontline staff have sent out their own 999 call to the government.

“Our health service needs a firm commitment of more cash to tackle this crisis, not John Swinney’s weak excuses.

“He side-stepped questions about more support for Scotland’s NHS by claiming this crisis is all down to the pandemic and by awkwardly pointing out he’s not in control of the purse strings anymore.

“Scotland’s NHS needs more support. This winter is going to be its toughest test and there is an extra £605 million coming to the Scottish Budget this year waiting to be used.

“The SNP must set out exactly how much of that funding will be delivered to Scotland’s NHS now, not in a month’s time when more lives have been lost.”