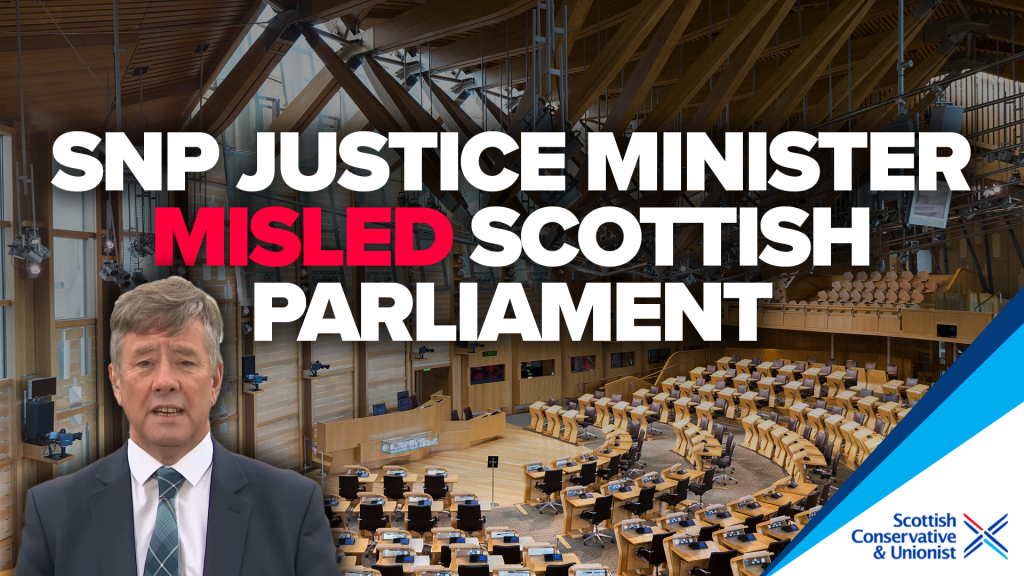 SNP Justice Secretary Keith Brown has been accused of misleading the Scottish Parliament over solved homicides.

The Scottish Conservatives have today published a Freedom of Information request showing there were 181 unresolved homicides in Scotland.

In Parliament on 10 November 2021, the Justice Secretary claimed there were 0.

In the year Keith Brown was referring to (2020-21) there were 45 unresolved homicides.

“Keith Brown must apologise for misleading the Scottish Parliament and correct the record immediately.

“For the SNP minister in charge of our justice system to falsely state that all these homicides have been solved is not just staggeringly wrong and irresponsible, it  disrespects victims and their families.

“His words will cause understandable hurt and anguish to those who are grieving the loss of a loved one and who have not had justice.

“Perhaps the SNP deputy leader is too busy obsessing about breaking up the UK instead of focusing on his day job, or maybe he just parroted duff information fed to him by advisers, but he must now do the right thing and say sorry.

“Whether this is an embarrassing gaffe or a shoddy attempt to dupe the public, I am sure that he will want to set the record straight.

“Every single day, crime victims across Scotland suffer the indignity and indifference of an SNP soft-touch justice system that panders to criminals.”