Scottish Conservatives to stand up to SNP power grab 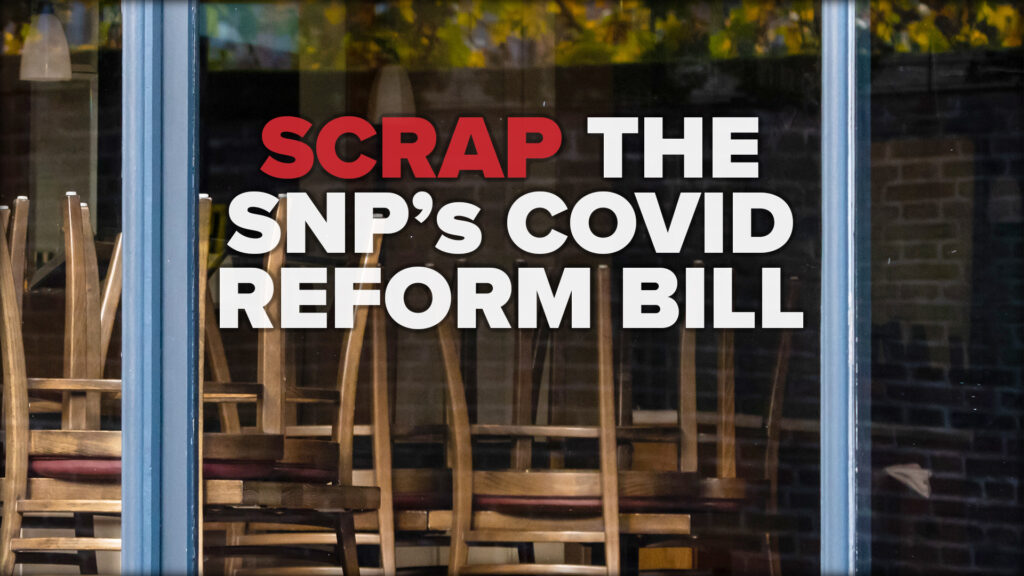 After two years of previously unimaginable restrictions on our daily lives, most Scots are eager to get back to normal and leave the era of blanket Covid measures far behind.

But the SNP have been reluctant to remove damaging restrictions throughout this pandemic – even when the science said it was safe to do so.

That is why, last month, we published our ‘Back to Normality’ roadmap, to push the SNP to ease restrictions, and put the focus back on personal responsibility.

After months of sustained pressure from the Scottish Conservatives, most restrictions are now finally coming to an end – but the SNP still won’t give up emergency Covid powers.

In fact, they are attempting to make powers to impose lockdowns, close schools and release prisoners early all permanent, with their Covid Recovery and Reform Bill.

The SNP’s Covid Recovery and Reform Bill would give them permanent powers to:

The @ScotTories will oppose this power grab from the SNP. pic.twitter.com/tPHwwioNoH

Under the SNP’s plans, the Government wouldn’t even have to run these extreme measures past the Scottish Parliament.

The proposals have been criticised across the political divide, with 85% of the Scottish public against these new powers.

The Scottish Conservatives are determined to stand up for your views in Parliament and oppose this blatant SNP power grab.

We believe that extreme powers like this should only ever be granted temporarily, in emergency circumstances – and that anyone who wants a fair, accountable and democratic government should be appalled by the SNP’s proposals.

Right now, our MSPs are scrutinising the proposed laws in several parliamentary committees, ready to debate the issue in the Chamber.

We will be opposing this shocking SNP power grab at every step. We will press the SNP to give up these extreme powers and promise that there will be no return to harsh, blanket restrictions unless faced with a new emergency.

We are standing up for the real views and priorities of the Scottish public.