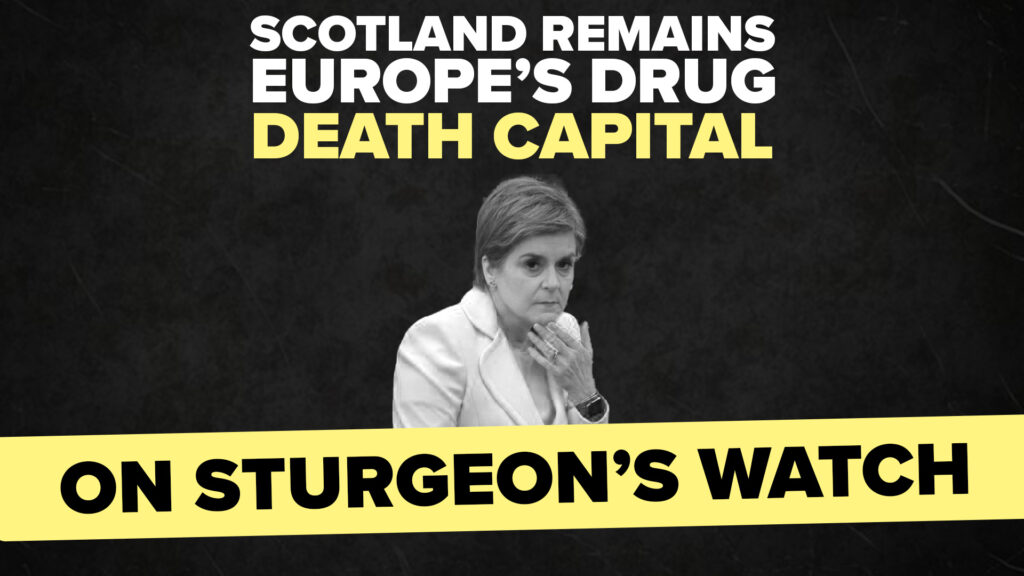 Douglas Ross warned the SNP Government they must finally treat Scotland’s drug-deaths epidemic with the attention it deserves after the latest “heart-breaking” tally of fatalities was published.

National Records of Scotland figures revealed there were 1,330 drug-related deaths in 2021 – meaning the nation still has, by an enormous margin, the worst drug-deaths rate in Europe.

The figures are virtually unchanged from 2020’s record high of 1,339 deaths – and the 2021 total means Scotland’s death rate is 4.9 times higher than that of England and Wales. 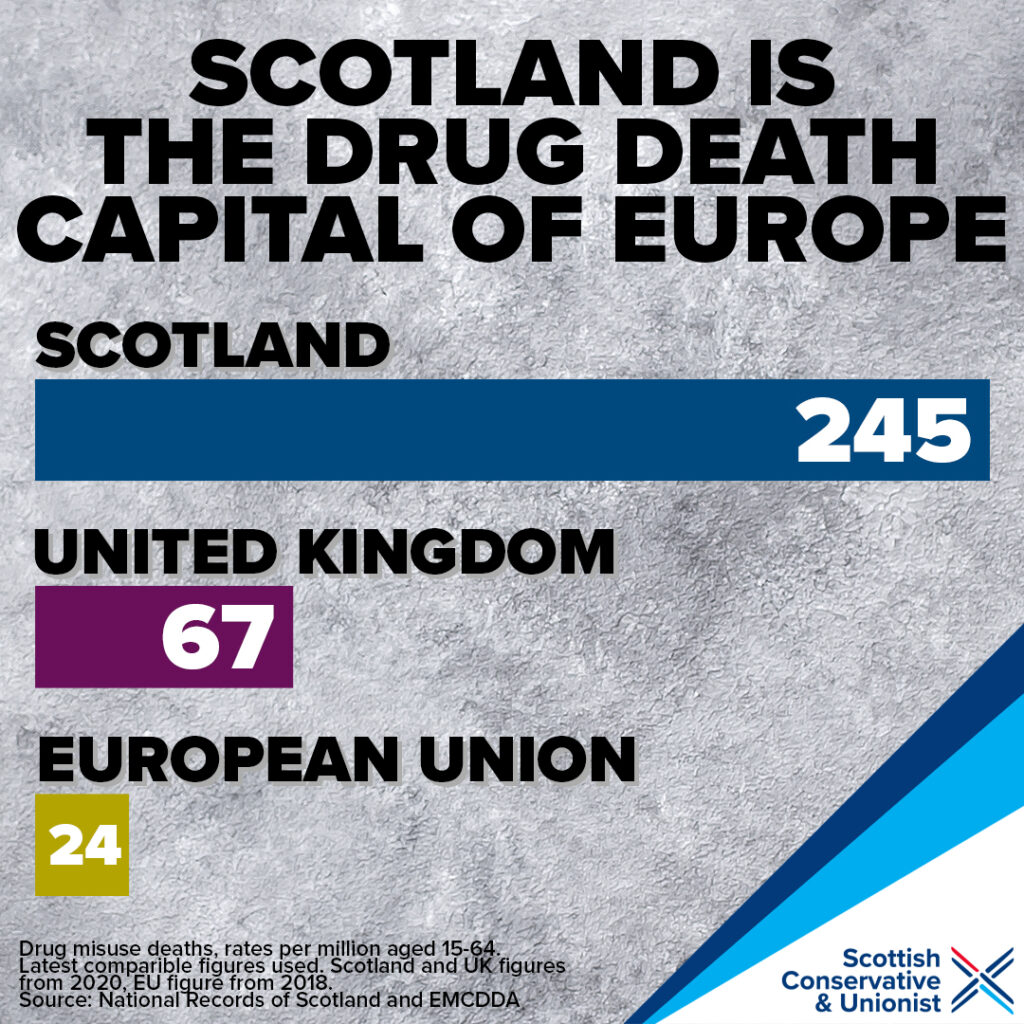 It is also an astonishing 3.8 times higher than that of the next worst European nation – Norway.

Nicola Sturgeon – who last year admitted taking her eye off the ball on Scotland’s drugs deaths – has seen the number of fatalities soar since she became First Minister.

With no sign of progress being made in tackling a “national emergency”, the Scottish Conservative leader is demanding that she now backs his landmark Right to Recovery Bill.

The bill, which goes before the Scottish Parliament later this year, would enshrine in law the right of everyone with an addiction problem to receive the potentially life-saving treatment they need.

The SNP have previously said they will give Right to Recovery a fair hearing. But Douglas Ross says they must stop dithering and finally back game-changing legislation which was drawn up in conjunction with experts and charities, including FAVOR UK.

“The enormity of this national emergency is laid bare in this heart-breaking toll of fatalities.

“These figures are a badge of shame for Nicola Sturgeon, who has presided over a huge escalation in Scotland’s drug-deaths epidemic during her time in office.

“But, amid the statistics, we must never forget that every individual who has died has left behind grieving friends and families.

“Scotland’s drug-deaths rate is not merely worse than that of any other European nation, it’s so off-the-scale bad, so uniquely awful, that the SNP Government have to accept their current approach isn’t working.

“It was a shameful admission by Nicola Sturgeon that she took her eye off the ball with drugs deaths. Now she and the SNP need to get behind Right to Recovery.

“The bill addresses one of the biggest obstacles those with addiction issues face in turning their lives around – namely accessing treatment programmes, including residential rehab.

“That’s why Right to Recovery is supported by experts, charities and those with lived experience of addiction.

“If the SNP stop dithering, and support this bill, we can begin to take much-needed action now.”