Programme for Government fails to deliver on Scotland’s real priorities 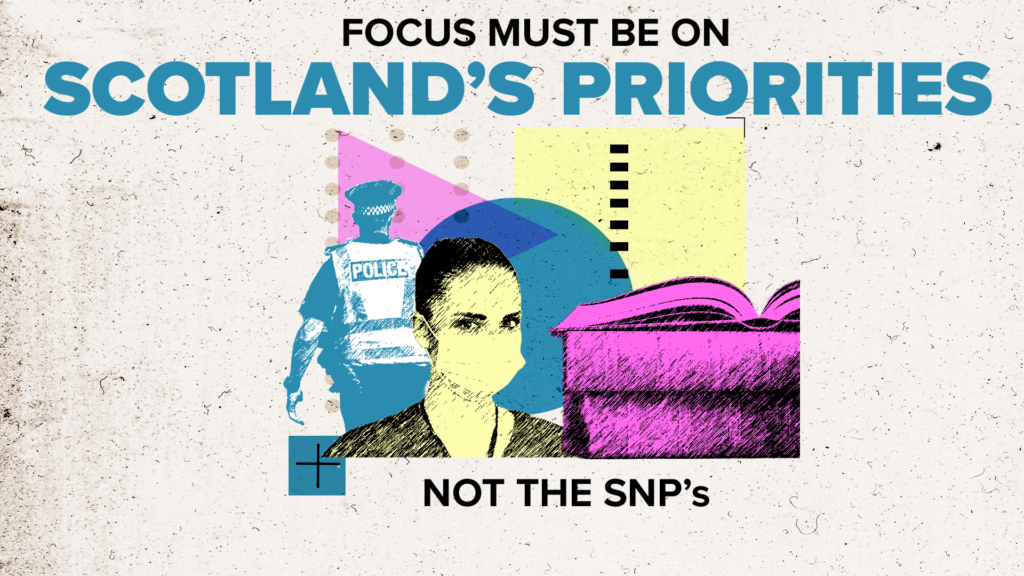 The SNP-Green Government failed to focus on Scotland’s real priorities in their Programme for Government, by reaffirming their commitment to hold another divisive independence referendum.

The Scottish Conservatives have outlined their key priorities for this year’s Programme for Government following a statement from Nicola Sturgeon on her administration’s plans for the new parliamentary session.

Among her plans is a renewed commitment to hold a second vote next year on breaking up the United Kingdom.

In contrast, Scottish Conservative Leader Douglas Ross believes both of Scotland’s governments must work together to help people navigate the cost-of-living crisis in the months ahead. He described the Nationalist coalition’s bid to hold a referendum next year as ‘the wrong priority at the worst possible time’.

Instead of another divisive referendum, the Scottish Conservatives have said that the Programme for Government should focus on five main areas:

“The global cost-of-living crisis is as big a challenge to the Scottish people as the Covid pandemic. It must be treated with the same seriousness by our governments.

“In a time of emergency, governments must focus on what they need to do, rather than what they wish to do for political purposes. They must govern for our whole country, not just for their supporters.

“Unfortunately, this programme falls woefully short of rising to the big challenges we face.

“The Prime Minister has changed, but sadly it’s the same First Minister directing blame elsewhere and seeking grievance with the UK Government.

“Both governments need to do more to tackle the cost of living crisis. But there’s no doubt the SNP are not delivering their side of the deal.

“When Scottish people are struggling with their bills, instead of the right level of help, they’ll get another unwanted bill from the SNP Government – an Indyref2 Bill.

“This SNP Government are giving precedence to planning for a vote on separation, which they know will divide Scotland at exactly the point we should be coming together and uniting. A vote that is the wrong priority at the worst possible time.

“The Scottish Conservatives have published our own plan for the year ahead in this Parliament, focused on five key priorities. On supporting families and households through the cost-of-living crisis. Working with businesses to grow the Scottish economy. Rebuilding our public services after the damage of the Covid pandemic. Empowering every community to recover. And building a better Scotland for the next generation.

“Those are the people’s priorities – and in this time of national crisis, they are the right priorities for Scotland.”