We’ve got one month to beat the SNP 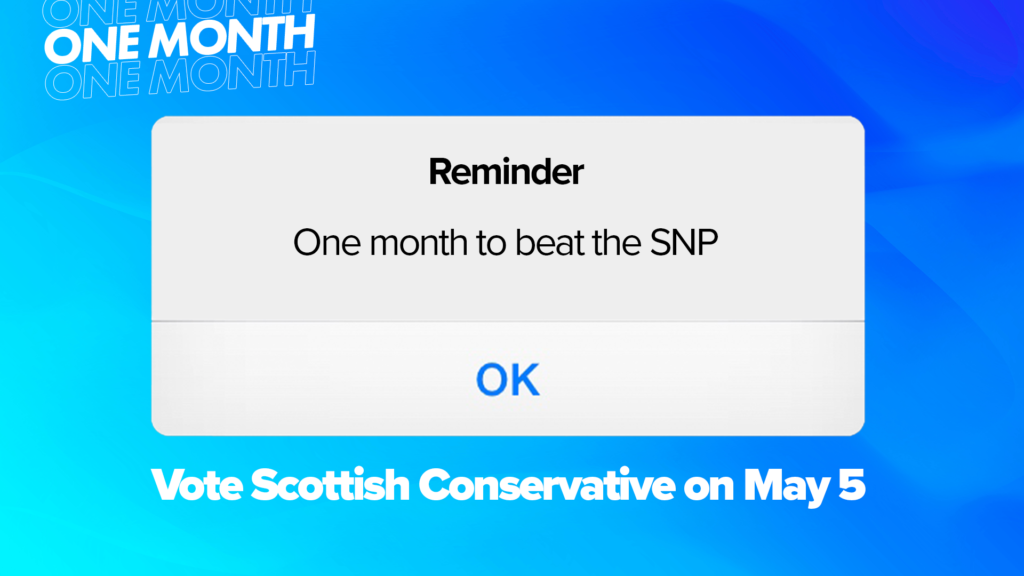 ONE month from today, Scotland will head to the polls in a crucial vote to elect local councillors. The future of your streets and your schools is at stake.

When you’ve been frustrated by overflowing bins and potholes deep enough to stand in – this is your chance to change that.

The election on May the 5th has to be about your local priorities, not the SNP’s priorities. It’s about voting for councillors who will improve your local community. It’s not about their narrow-minded obsession with splitting us apart. 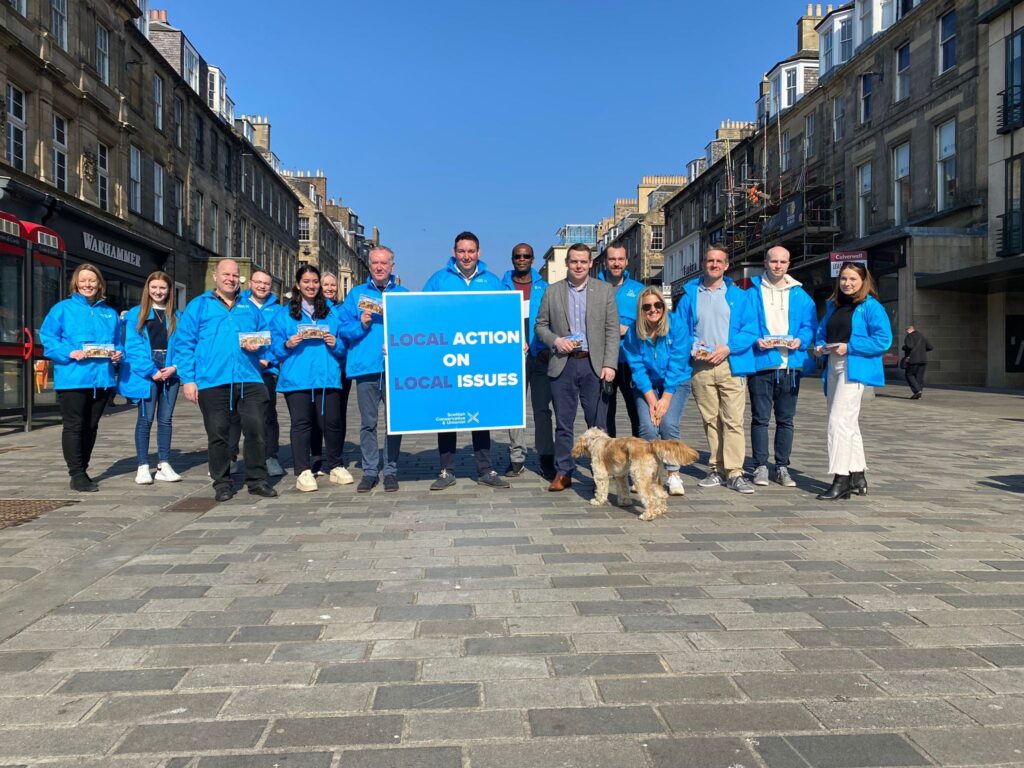 Under the SNP, local schools are not what they once were. Teachers do their best but the SNP’s curriculum is such a mess it limits what they can achieve. Instead of returning to a traditional Scottish curriculum, it seems the SNP are more interested in turning teachers into social workers who are forced to run controversial school sex surveys. In May, you can vote to end those inappropriate tests, and get the focus in our schools back onto teaching children.

Our high streets, too, have been let down by the SNP’s anti-business attitude. The SNP don’t just pursue an anti-business approach. They are practically anti-jobs. They’ve brought in a workplace parking tax that will charge you just for using your car to go to your work. They don’t seem to understand that for so many people across Scotland in particular areas and particular professions, driving to work is the only option.

And it’s not just that one anti-motorist policy. They’ve left our roads plagued by potholes. They’ve delayed or paused essential upgrades to key roads across the country. The SNP Government in Edinburgh are trying to force people from their cars – and you can bet that SNP councillors across the country won’t stand up to them. No, they’ll follow the leader at Holyrood and leave key roads to fall into disrepair. By contrast, our candidates are unashamedly pro-car and pro-driver.

Under the SNP, the problem is not just the roads, it’s the state of the streets themselves. Bin collections have become less frequent. In too many areas, most notably in SNP-run Glasgow, rubbish litters the streets and rats are running out of control.

This all happens while every year, the SNP cut budgets and force councils to demand that you pay more for less. By slashing budgets to the bone, the SNP effectively steamroll local authorities into putting council tax up or cutting local services. So, our councillors and MSPs will keep arguing for more funding to councils because, frankly, we trust local people to spend their money far more wisely than the SNP Government does, like when it spends £250 million on ferries without delivering a single ship that floats. 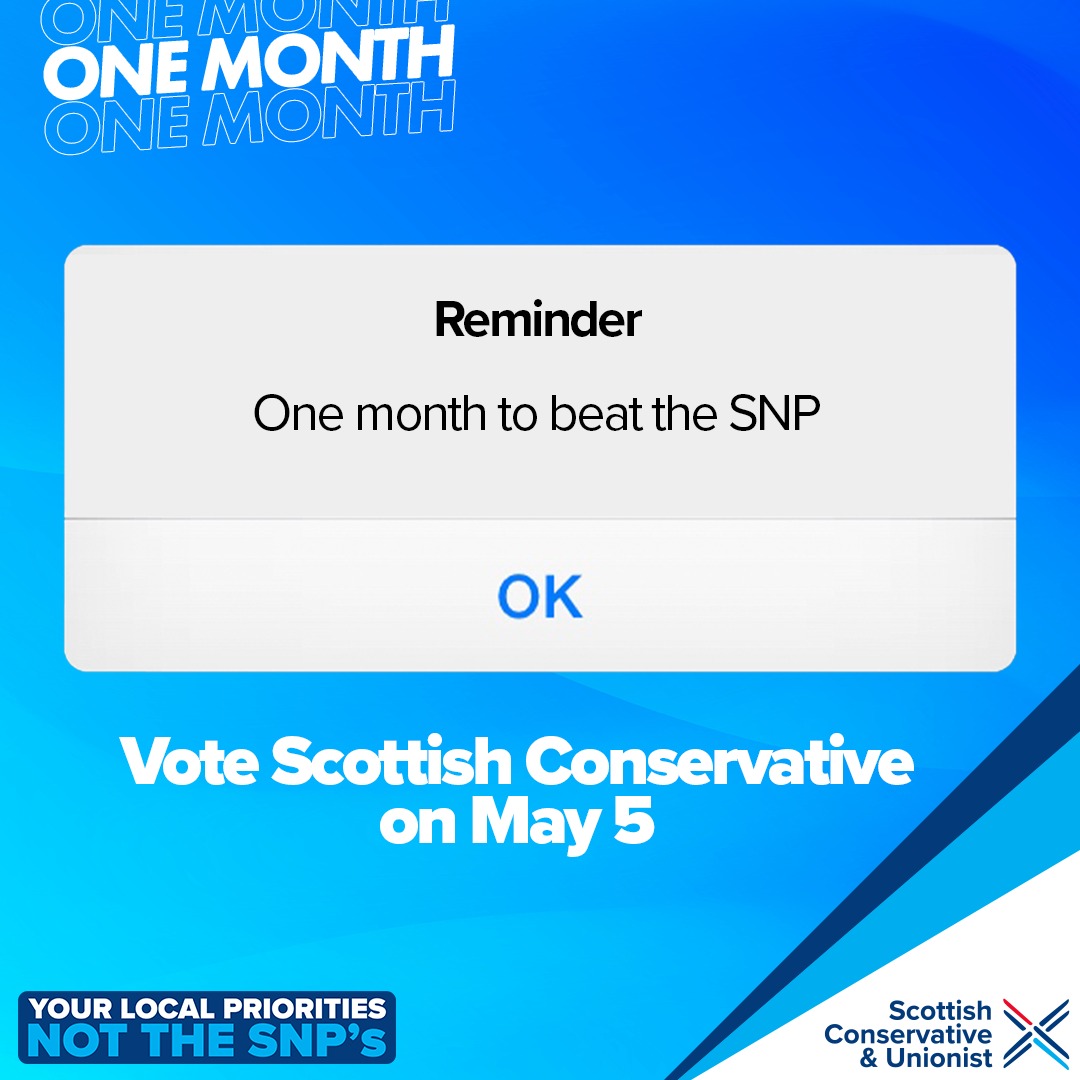 One month from today, across Scotland, you will have the opportunity to remove the SNP from power.

The prize is there for the taking. The SNP are beatable. In local election results since the Holyrood vote last year, we’re only a few hundred votes behind them across Scotland. On May the 5th, in councils across the country, this election is a two-horse race.

We’ve got one month to beat the SNP so we can get all of the focus onto your local priorities. Help us knock the Nats down to size. On May the 5th, the power is in your hands.

Leader of the Scottish Conservatives