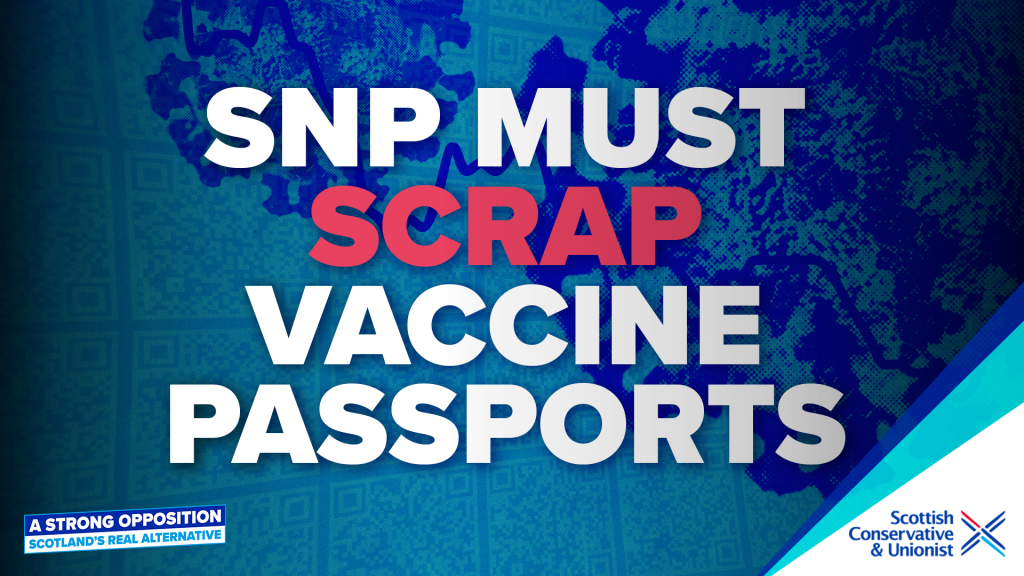 Sturgeon conceded she didn’t know what consultation the government had undertaken over a key regulation.

At First Minister’s Questions, Douglas Ross criticised the “anti-business” SNP for being the only government in Europe to run a scheme that relies purely on vaccination status.

The Scottish Conservatives launched a last-ditch bid to scrap the scheme with a vote in the Scottish Parliament on Wednesday, while a legal challenge from businesses was stopped on Thursday.

Scottish Conservative Leader Douglas Ross said: “It shows how badly the SNP Government has worked with businesses that they faced a legal challenge to this shambolic scheme just hours before it came into force.

“Everything about the SNP’s vaccine passport scheme has been left to the last minute. Guidance is still being published and the government’s flimsy evidence case for this policy only appeared before the Scottish Parliament a day before the scheme goes live.

“This anti-business SNP Government is the only one in Europe forcing these higher costs onto companies and forcing such restrictive rules onto the public.

“No other government in Europe is running a scheme that relies purely on vaccination status and bans people from venues unless they can produce official paperwork.

“Nicola Sturgeon wants independence in Europe and she’s got it with this botched policy. The First Minister is completely alone in pursuing this shambles of a scheme – and she doesn’t even know key regulations of it herself.

“This botched policy will damage businesses and affect people across Scotland – but the SNP seem to be making it up as they go along.

“When even Nicola Sturgeon is clueless about her own regulations, this looks like a complete farce to everyone in the real world.”