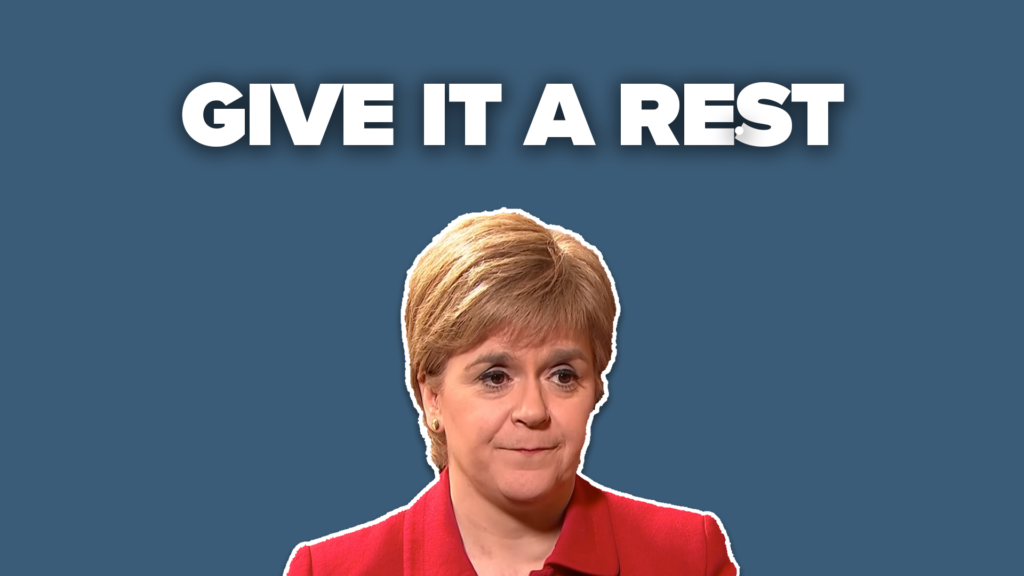 The Scottish Conservatives say that Nicola Sturgeon’s push for a divisive – and potentially illegal – second referendum next year is ‘wilfully ignoring Scotland’s priorities’.

The SNP stands accused of failing to focus on the global cost-of-living crisis, and the savage cuts that they are making to Scottish jobs and vital services, to pursue their obsession with a referendum most Scots don’t want.

It comes after the Nationalists last week announced plans to hold a second vote on the constitution in October 2023 – even if the UK Government fails to grant a Section 30 order which would legally facilitate it.

“The distraction and disruption of another bitter referendum debate is the last thing Scotland needs right now.

“Nicola Sturgeon should be fully focused on helping people through this difficult period, not diverting government resources and vast sums of public money towards the SNP’s obsession.”

Speaking in the Scottish Parliament in response to the SNP’s new plan to break up the UK, Scottish Conservative leader Douglas Ross said the country faced a clear choice between “rebuilding Scotland or dividing Scotland”.

He criticised Nicola Sturgeon for diverting resources and public money away from our frontline services in the middle of a global cost-of-living crisis.

“Scottish Parliament time – and the resources of the Scottish Government – are being wasted.

“Scotland’s national energy is being wasted on the wrong priorities. We face a clear choice now between two futures in the crucial years after Covid. We can focus on rebuilding Scotland – or dividing Scotland.

“Pushing for another divisive referendum – possibly even an illegal wildcat referendum – is the wrong priority at the worst possible time.

“In the middle of a global cost-of-living crisis, it’s a disgrace that the SNP are diverting resources and public money away from our frontline services.

“Nicola Sturgeon pushes her obsession by asking: ‘Why not Scotland?’ Let me ask her a better question: Why not improve Scotland now?

Join our campaign to tell Nicola Sturgeon to give it a rest – and focus on the people of Scotland’s priorities now.