One week left to lock the SNP out of power 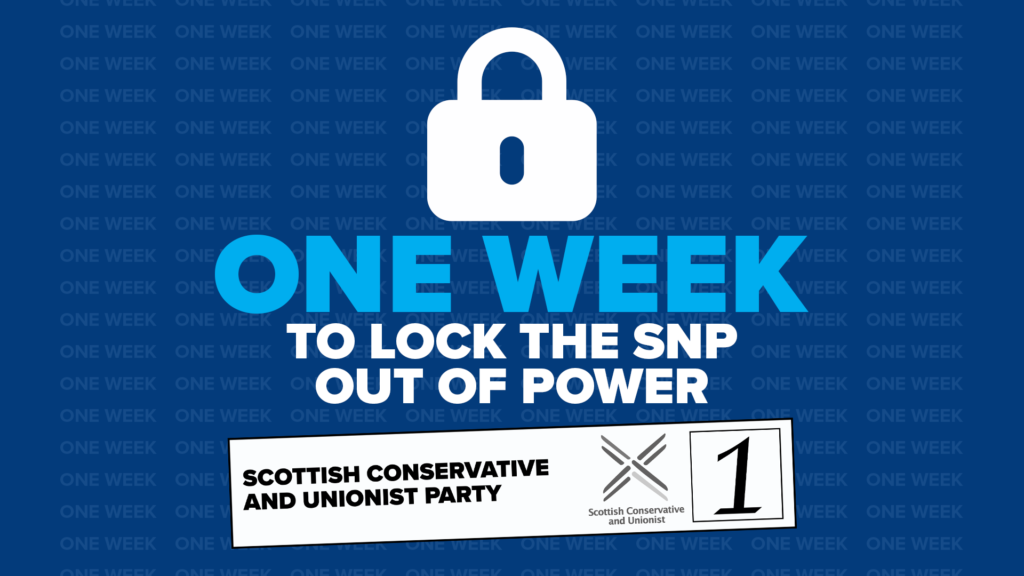 Voters have just one week to lock the SNP out of power in councils right across Scotland and elect Scottish Conservative councillors who will put local priorities first.

Leader of the Scottish Conservatives, Douglas Ross, warned Scots today that a vote for Labour or the Liberal Democrats risks handing power to the SNP.

In 2017, more than half of Scots ended up with SNP-run councils, despite the party receiving less than a third of the vote, because Labour chose to sign up to coalitions with the SNP when they could have reached agreements with other parties to lock them out of office.

As a result, Labour are in coalition with the SNP in six local authorities right now.

The Liberal Democrats have also refused to rule out forming coalitions with the SNP after next week’s election.

Only the Scottish Conservatives have committed not to make any deal that puts the SNP into power.

And we will work with any other parties to stop the formation of an SNP-led administration. 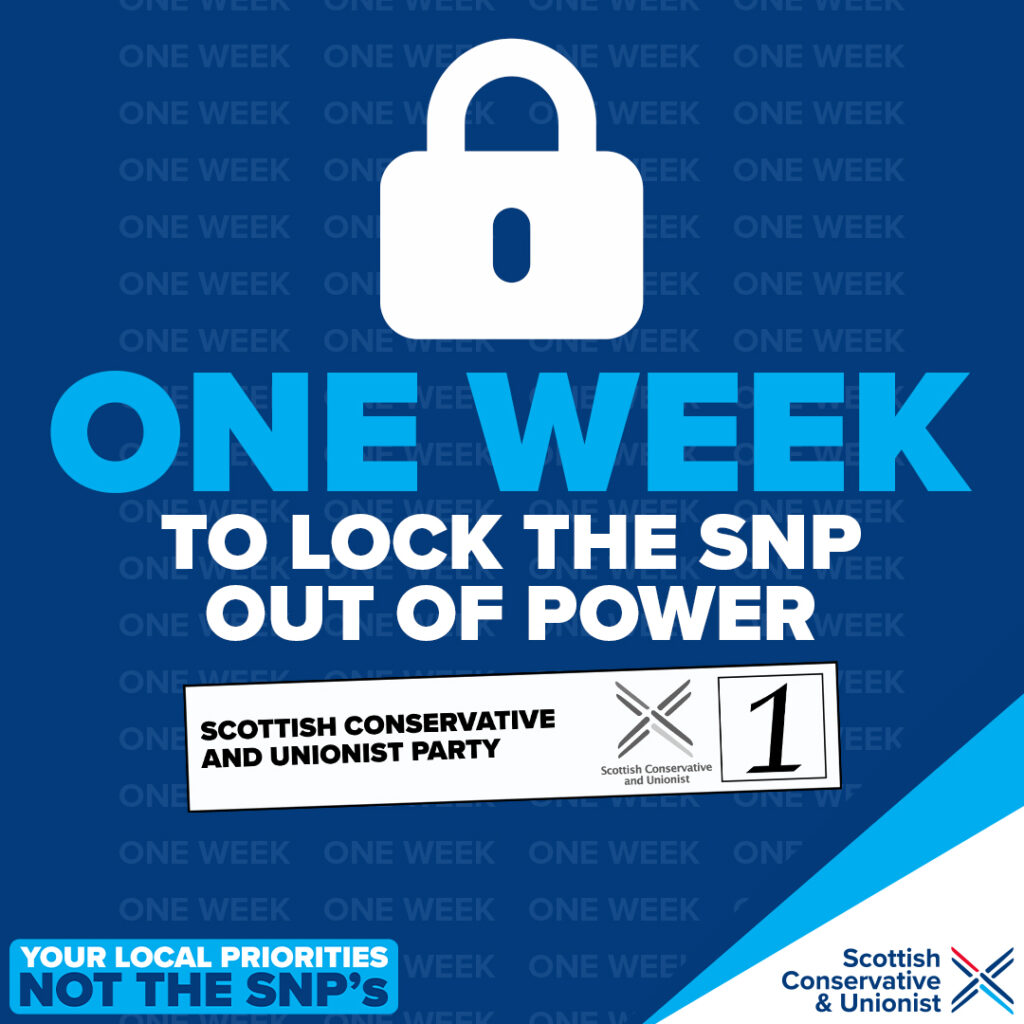 “In just one week, voters across Scotland will have their say on who runs local services for the next five years.

“SNP-run councils will run down local services and hike council tax. They won’t stand up for their communities against the SNP Government in Holyrood.

“Labour and the Liberal Democrats will help them do it. They’re open to shady backroom deals to put the SNP into power.

“A vote for Labour or the Lib Dems risks putting the SNP into power.

“Only Scottish Conservative councillors will refuse to do any deals with the SNP. Instead, we’ll work with other parties to stop the formation of nationalist administrations.

“We will be totally focused on improving local schools, fixing local roads and protecting local services.

“If voters want to lock the SNP out of power and elect councillors that will put their local priorities first, they need to vote for the Scottish Conservatives on the 5th of May.”