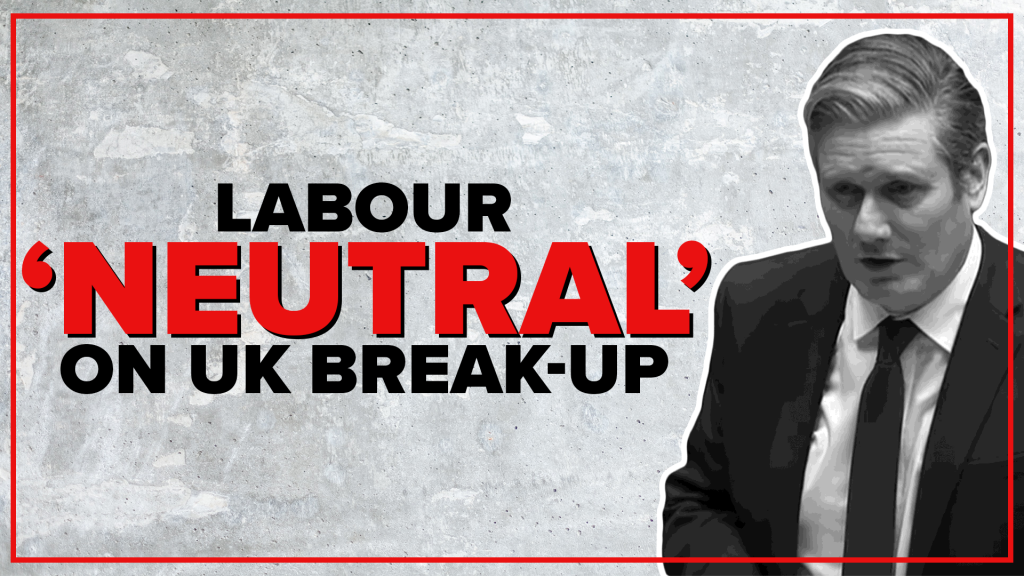 Labour’s Shadow Northern Ireland Secretary has insisted her Party would refuse to campaign for the union in the event of a referendum on Northern Ireland’s future within the UK.

The Scottish Conservatives have called on Scottish Labour leader Anas Sarwar to reject Louise Haigh’s comments, amid growing signs of Labour undermining the union across the UK.

In an interview on GB News, Ms Haigh – when quizzed on her Party’s position in a referendum on a unified Ireland – said: “If there is a border poll then we should remain neutral. I think that’s an important principle.”

Labour would be "neutral" in a referendum on Northern Ireland's future in the Union.

Only the @ScotTories can be trusted to stand firmly against the break-up of the UK. https://t.co/MRyJHPIo8X

Her admission comes in the wake of the Labour Party signing a three-year “Cooperation Agreement” with nationalists Plaid Cymru in the Welsh Parliament and with a backbench Labour MSP who supports a second referendum in Scotland endorsing the agreement.

“This is an astonishing position for a supposedly pro-UK party to take – to remain neutral on a vote that would see the break-up of the Union.

“Sadly, it’s typical, though, as Labour’s backing for the Union in Northern Ireland, Wales and Scotland is lukewarm at best.

“Only the Scottish Conservative and Unionist Party, and our colleagues across the UK, can be trusted to stand firmly against the break-up of the UK.

“Labour is willing to see Northern Ireland leave the UK without a fight, is in effective coalition with the Welsh nationalists in Cardiff and refuses to stand up to the SNP on the constitution in Scotland, where they run six councils in coalition with them.

“Anas Sarwar must reject Louise Haigh’s comments and assure voters he supports Northern Ireland’s and Scotland’s continued place in the UK no matter the circumstances.”