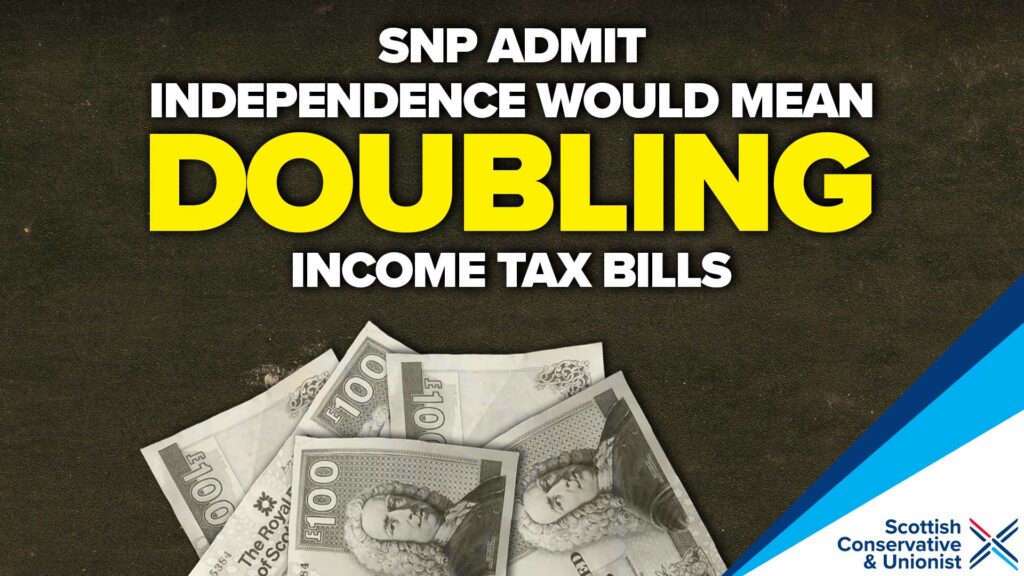 Kate Forbes has admitted that the price of independence would be a doubling of every Scot’s income tax bill, leaving the economic case for independence in tatters.

The SNP finance chief’s admission came as she pointed out that Labour’s eye-watering spending commitments would require an extra £12billion to be raised in tax.

Tweeting after a parliamentary debate on the SNP’s Budget, she pointed out that this figure equated to doubling every single Scot’s income tax bill.

But Scotland’s notional deficit stands at more than £12 billion, meaning the SNP would have to do exactly the same if their push for independence was successful.

Interesting development in Budget debate as Labour suggest hiking taxes in Scotland to raise an additional *£12bn* to deliver their Budget asks. That’s the eye-watering equivalent of doubling income tax revenues in Scotland from every income tax payer.

The economic case for separating Scotland is in tatters after @_KateForbes gaffe. pic.twitter.com/OgWzx0tp1l

“The Scottish public will be looking on in horror as the SNP and Labour fight over how much to hike income tax on ordinary working people.

“Labour’s plans are ridiculous but the SNP’s push for indyref2 is downright dangerous when the Scottish deficit is more than £12 billion.

“The very person who the nationalists have trusted to run Scotland’s economy has dealt a huge blow to their argument for independence.

“This is more than a humiliating gaffe. Kate Forbes has revealed the cold, hard fact that independence would make working people across Scotland poorer, by requiring a doubling of income tax.

“If the SNP got their way, every working person would be hammered by huge tax hikes. The economic case for separating Scotland is in tatters.”