FMQs: Sturgeon must act to cut down prison drugs supply 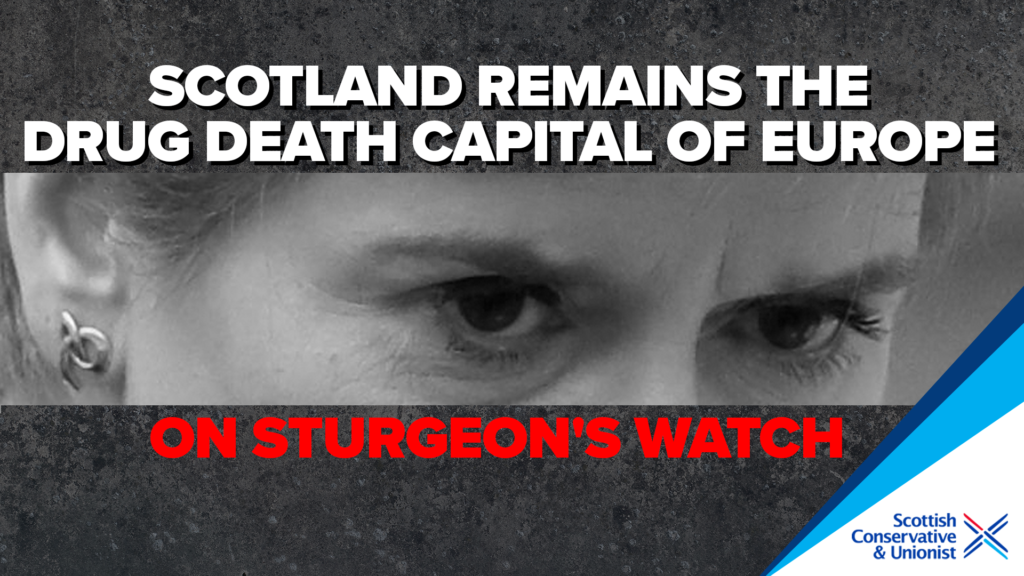 At FMQs Nicola Sturgeon was urged to cut down on the supply of drugs in Scotland’s prisons.

Douglas Ross called for an end to the “shocking” situation where prison officers are having to hand drug-contaminated items back to prisoners as they leave jail.

The SNP Government has taken its eye off the ball on Scotland’s drug deaths scandal for too long.

They have to start treating this crisis with the urgency it deserves 👇 pic.twitter.com/iYlAStsi4j

The operating procedures that prison officers must stick to say that prisoners have the option to have items contaminated with drugs safely stored and returned to them on their release.

Douglas Ross highlighted Scottish Prison Service documents that show there have been over 2,200 incidents of prisoners misusing government-bought phones, which are regularly used to deal drugs in prisons. He said those phones must be removed immediately.

We have been calling for the SNP to stop illegal drugs being smuggled into Scottish prisons through letters for weeks.

It’s unacceptable that it took ten overdoses this weekend, in a single prison, for the SNP Government to finally step up and act👇 pic.twitter.com/G3eQtDUQVm

“It’s unacceptable that it took 10 overdoses this weekend in one prison for the government to accept Scottish Conservative proposals to cut down on the supply of drugs in prisons.

“The Scottish Conservatives brought forward these proposals repeatedly but the SNP stalled instead of acting quickly.

“Nicola Sturgeon says that her government is treating our drugs crisis seriously yet the response from SNP ministers was to trivialise concerns with flippant comments.

“It’s shocking that prison officers are having to hand drugs back to prisoners as they leave jail. The First Minister can’t just look at this, she must act to stop the practice immediately.

“The SNP are making it harder for prison officers to do their job. Scottish Prison Service documents show there have been over 2,200 incidents of prisoners misusing phones. These government-bought phones have been abused for criminal activity and they must be removed from Scotland’s prisons now.

“The government has taken its eye off the ball on Scotland’s drug deaths scandal for too long. It finally has to start treating this crisis with the urgency it deserves.”