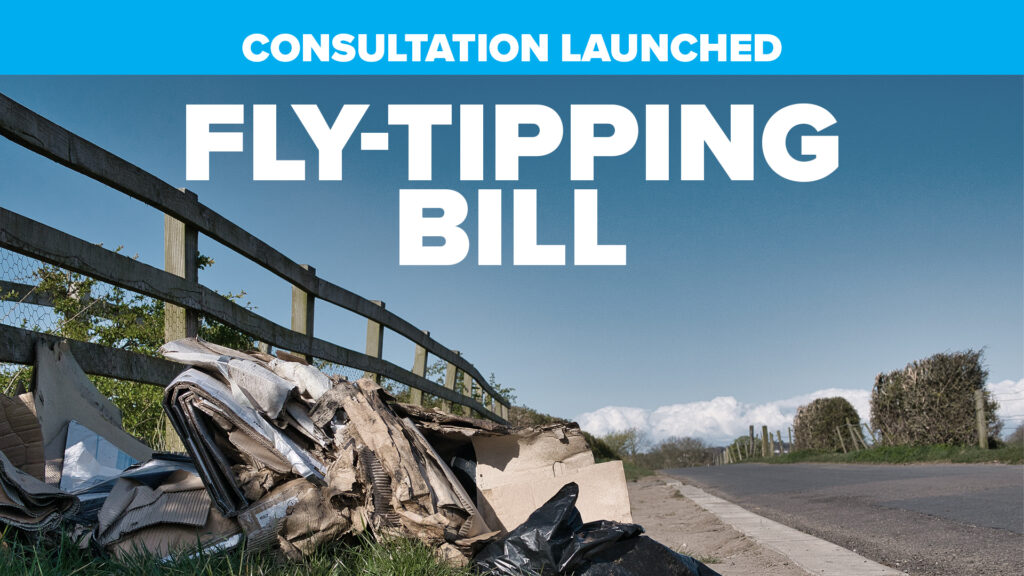 New legislation to crack down on the scourge of fly-tipping moved a step closer today, as Murdo Fraser launched the consultation for his upcoming fly-tipping Bill.

The fly-tipping Bill, which would be the first legislation on fly-tipping affecting Scotland for 30 years, is essential to stop unwanted refuse and waste being dumped – often by organised crime gangs who profit from it.

The proposed legislation aims to better the law in four main ways:

Fly-tipping causes great environmental damage and creates an eyesore that blights both our countryside and urban areas.@murdo_fraser is bringing forward a Member's Bill to crack down on this selfish and irresponsible act. pic.twitter.com/7klJGfuDtd

“Fly-tipping causes great environmental damage and creates an eyesore that blights both our countryside and urban areas.

“And, of course, landowners and public authorities are left with the cost of cleaning up the mess left by others.

“The current law already provides for both criminal sanctions and civil liabilities against fly-tipping, but reported incidents – often carried out by organised crime gangs – are on the increase which is why I believe new legislation is required.

“This Bill will strengthen the law and toughen the punishments for fly-tipping. I want to thank those who have helped with their support and input to the bill and would urge everyone interested to get involved in the consultation process if they feel improvements can be made to it.

Murdo Fraser’s Bill has the backing of bodies including Scottish Land & Estates and NFU Scotland, and he is seeking submissions from other interested parties and individuals before finalising and presenting it to the Scottish Parliament.

“The tidal wave of builders’ rubbish, household junk and toxic waste engulfing our beautiful countryside must be stopped.

“To help end this often large-scale criminal activity, we believe greater public education regarding the true impact of fly-tipping is needed, as well as tougher prison sentences, significantly higher fines, scrapping the offender’s vehicle and making the polluter pay for the clean-up, rather than the innocent victim who owns the property.

“We were pleased to help Mr Fraser develop his Member’s Bill and strongly support the Bill’s intentions to rid Scotland of fly-tipping once and for all.”

“The all-too-frequent, dreadful sight of abandoned, sometimes dangerous, waste is not simply an eyesore on Scotland’s beautiful countryside – it can, and does, cause harm to livestock, crops, nature and wildlife.

“It is an issue that farmers are having to deal with more often, costing them not just in terms of money but also large amounts of their time.

“Fly-tipping is such a major issue across Scotland that action needs to be taken to change the law when it comes to dealing with those responsible. Such positive action to tackle fly-tipping, through this Private Member’s Bill, is something NFU Scotland would fully support.”

The consultation period on the fly-tipping Bill will run until May 23, share your views here.