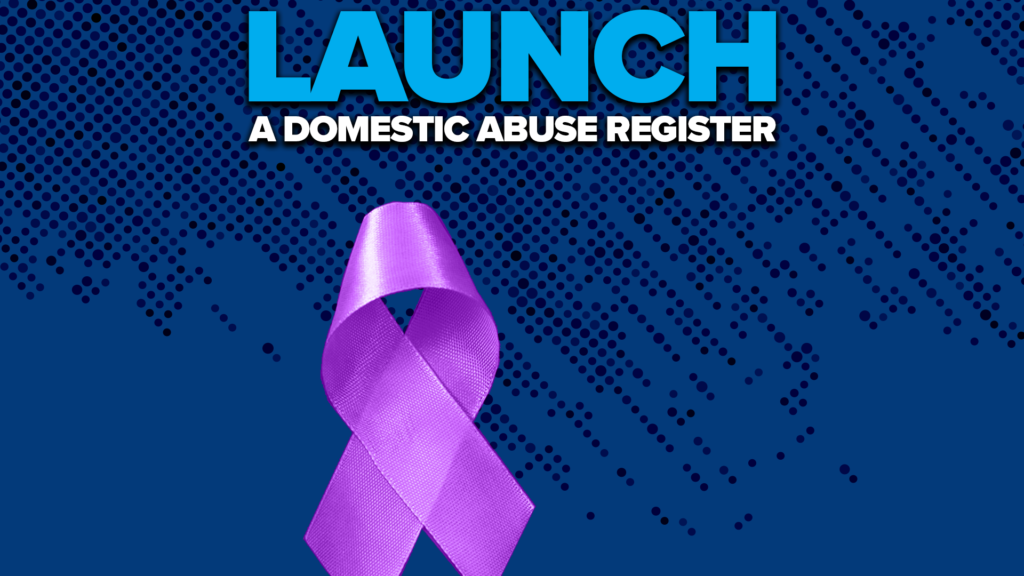 The Scottish Conservatives will bring a Bill to the Scottish Parliament to create a domestic abuse register.

The register would work like the sex offenders register, with abusers placed on a database, so that police and local authorities can keep track of domestic abusers and step in when someone is at risk.

There were over 65,000 incidents reported in 2020-21 alone – and that’s not to mention the thousands more that go unreported.

It’s time for the Government to get tough on domestic abuse. This register will help stop abusers in their tracks and make a real difference to tackle the soaring numbers of cases in Scotland.

Convicted domestic abusers would be forced to notify the police if they change addresses or have a passport, so they can be closely monitored upon their release from prison.

📣 New policy 📣@PamGosalMSP has announced plans to bring forward a Bill that would create a register for domestic abusers.

Domestic abuse is a stain on our society and the @ScotTories will ensure that victims, not criminals, are at the heart of our justice system. #SCC22 pic.twitter.com/Z5i2BEKQho

The Bill will be brought forward by MSP for West Scotland, Pam Gosal, who said:

“I am delighted to announce our plans to create a domestic abuse register, which would give police and local authorities a powerful tool to prevent abuse.”

“The SNP have spent years putting criminals ahead of victims, and domestic abusers have been allowed to roam free in our communities undetected.

“This register will put an end to that.

“We will also introduce designated BAME engagement officers, to ensure that support is accessible for every community in Scotland.

“Domestic abuse is a stain on our society – the Scottish Conservatives will ensure that victims, not criminals, are at the heart of our justice system.”

Domestic abuse is at a record high. The SNP's soft-touch approach to justice has failed Scotland's victims.

Nicola Sturgeon must back our Domestic Abuse Register Bill so that police and local authorities have more powerful tools to prevent abuse. pic.twitter.com/36mRYCAAy9