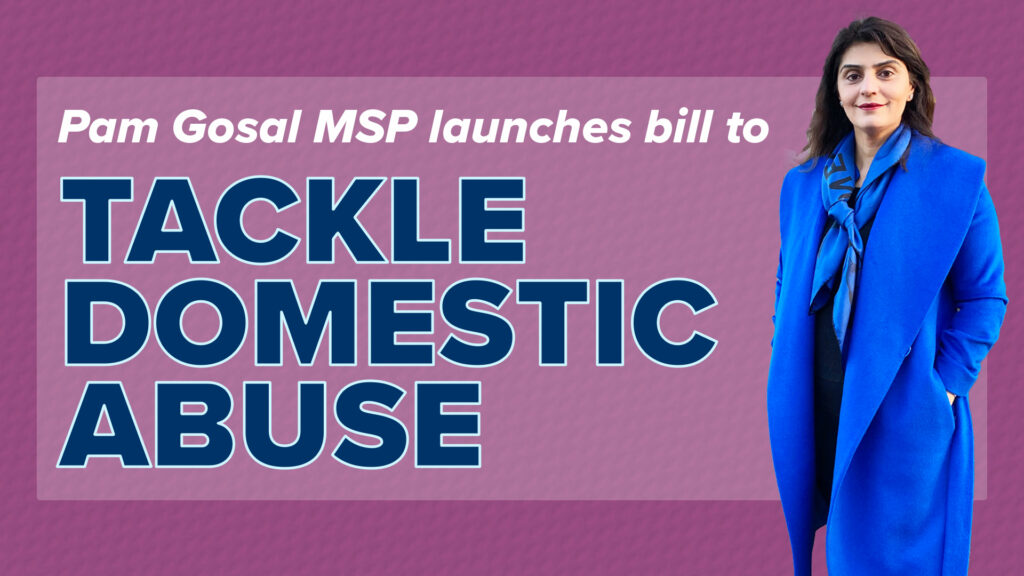 The proposed Domestic Abuse Prevention Bill has been launched by Pam Gosal MSP, in response to Scottish Government statistics showing that cases of domestic abuse have increased in Scotland for five years in a row.

The bill would introduce a domestic abuse register, similar to the sex offender’s register. It would also introduce mandatory school-age education on the scourge of domestic abuse and require the government to look at access to domestic abuse services for underrepresented communities.

“I’m proud to be bringing forward a bill proposal to tackle such a horrendous crime as domestic abuse, which has shockingly been on the rise in Scotland for five years in a row.

“It has been heart-breaking to speak with many victims of domestic abuse about the horror they’ve gone through when seeking safety and justice. In many cases, repeat offenders have managed to get away with making life hell for several victims before they are apprehended.

“My proposed bill would introduce a domestic abuse register, which would operate in a similar way to the sex offender’s register, and help to crack down on this appalling crime.

“I am also seeking to expand awareness of domestic abuse and access to services for those in need, particularly in BAME communities where I know that too often, domestic abuse goes unpunished.

“I hope on this issue that politicians across the Scottish Parliament will set aside political differences and work together.

The consultation is your chance to share your views on the proposed registration.

The consultation went live on Monday 29 August, and Pam Gosal is to meet with Scottish Government Cabinet Secretary for Justice, Keith Brown MSP, to discuss the proposal and seek to build cross-party consensus to pass the bill.