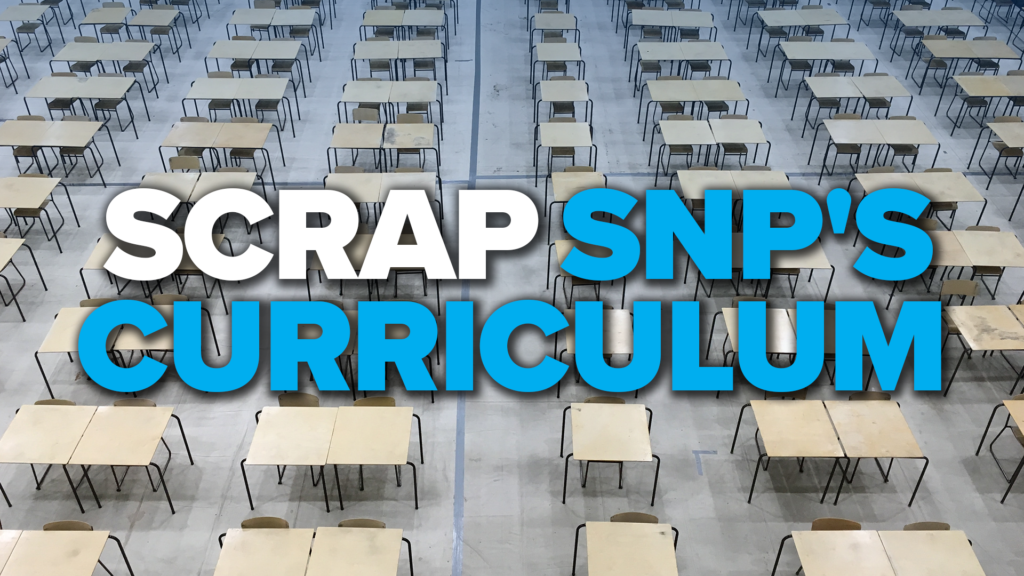 The Scottish Conservatives have said the SNP’s Curriculum for Excellence (CfE) should be scrapped in favour of a return to Scotland’s traditional knowledge-based curriculum.

Education spokesman Oliver Mundell MSP said CfE was beyond saving and “the current approach is an anchor that will keep dragging down school standards.”

He added that “Teaching and learning should be the central focus of our schools and we must halt the drift towards our teachers doubling up as social workers and well-being experts.”

The party published a policy paper detailing the initial outline of a new curriculum, which they intend to develop further over the coming months.

The policy will be announced today (Friday) at Scottish Conservative Conference.

Ahead of the start of Scottish Conservative Conference on Friday, the party already announced the following new policies:

“Scotland’s education system used to rank among the best in the world before the SNP came to power.

“We should return to the strong, traditional, teacher-led approach that gave so many of us who went to our local school a decent start in life.

“Quality, knowledge-rich, universal education is at the heart of being Scottish. We pride ourselves on being a nation of innovators, entrepreneurs, and thinkers.

“We are at risk of losing all that if we keep sticking with the same distinctly Un-Scottish approach that has seen our schools plummet down international league tables.

“Curriculum for Excellence is now beyond saving. Over 20,000 pages of guidance haven’t fixed it, they’ve only burdened it more and confused what it was supposed to achieve. The OECD review has been set up to fail and will never get to the bottom of what is wrong with CfE.

“The current approach is an anchor that will keep dragging down school standards and artificially limiting opportunities for our young people. The knowledge-based, rigorous and confident curriculum we once had was much better than the fuzzy and often contradictory guidance that dominates now.

“Teaching and learning should be the central focus of our schools and we must halt the drift towards our teachers doubling up as social workers and well-being experts. This is often presented as kindness by the SNP but the truth is it is simply asking our schools to plug the gap for cuts elsewhere while educational attainment suffers as a result.

“We want to start a national conversation with teachers and education experts to design a replacement that would restore world-class Scottish education.”